While the voting has closed for this year’s Wedding Ideas Awards supplier categories, there is one special category that remains open to nominations; the 2014 Bride of the Year. Do you know an inspirational bride? It may be your wife, mother, sister, friend, or a very special bride you met while working as their wedding supplier. Have you overcome seemingly unbeatable odds in order to get married? The award is open to anyone, with all nominations welcome; you can even nominate yourself. 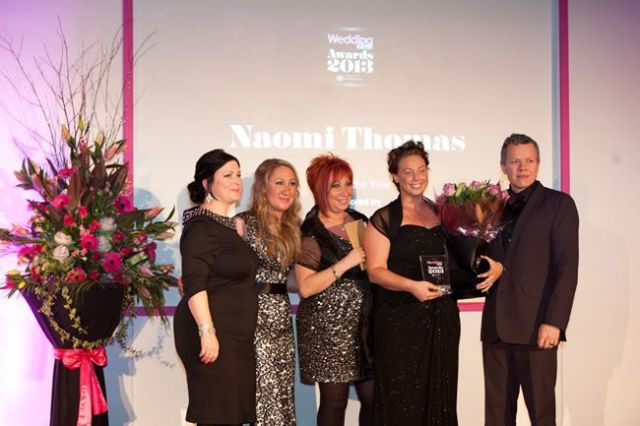 Our own Naomi Thomas is no stranger to the Bride of the Year Award, having been awarded the 2013 title. Naomi married her soulmate, Graham, and became Mrs. Thomas in June 2012, despite receiving a diagnosis of secondary breast cancer just two years beforehand. Their special day was made possible thanks to the generosity of an amazing wedding planner and local suppliers, who gave their services for free to ensure that the couple had the wedding of their dreams. Inspired by their efforts, Naomi founded the Wedding Wishing Well Foundation with the aim of helping couples similarly affected by terminal and life-limiting illness to experience the joy of a wedding day.

Receiving the award for Bride of the Year helped to transform the Wedding Wishing Well into an industry-famous organisation.

The closing date for nominations is midnight on the 24th December 2013. A winner will be announced during the Wedding Ideas Awards Ceremony at the Tower Hotel in London on the 10th January 2014.

For further details, and to nominate your 2014 Bride of the Year, please click here.